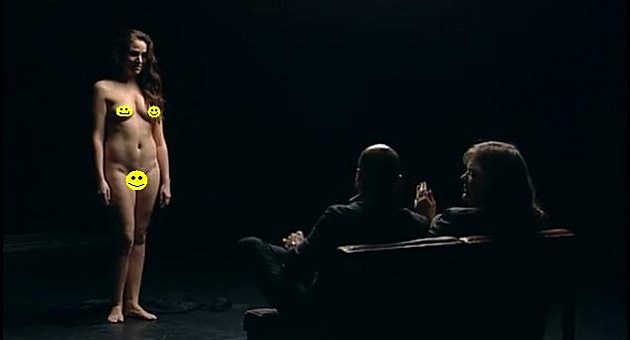 This new Danish TV show Thomas Blachman seems pretty good, but not everyone would agree.Honestly I have no idea what the Danish versions of Bruce Willis and Meatloaf are saying, but I am super jealous of their jobs. These dudes get to sit in a creepy dark room on a leather couch and not only look at naked chicks all day but they also get to judge them. Basically these dudes do what I do every time I’m in a strip club in my head, but they say it out loud and get paid for it.

Not everyone finds this style of television as compelling as most. According to Daily Mail critics call the show “sexist and humiliating”. Which I think is not right. These women are not being held at gun point, they want to be judged. Unless they are being helped at gun point, I haven’t checked the details on that. But even if they are being held at gun point now that just upped the suspense of the program, now it goes form a naked chat program to a suspenseful action series, with boobs!

truthfully i don;t think i could tune into this show every night. yeah the girls are naked and all but that can get boring real fast. unless there is some sort of competition involving cylindrical vegetables or ping pong balls I'm not sure i would watch this show more then once. so my advice to the folks who are upset by this TV show is relax, it will be canceled soon. or not, I'm not a doctor.