The White House is considering tapping our oil reserves here at home to help pull down the rising cost of gas.  The last time our oil reserves were used were in 2008.  Of course Republicans are opposing this idea, while Democrats are supporting it.

The extreme violence in Libya is causing gas to fluctuate, they're saying to nearly $4 per gallon by the end of this month.  The White House is working to try to avoid this rising cost so that our economy isn't further impacted.  They've proposed tapping into our U.S. oil reserves to drive the cost down for Americans.  Republicans are opposing this move because they want to reserve the oil for dire emergency.  As a democrat myself, isn't this enough of an emergency?  I don't propose depleting the oil reserves, but let's make it available for now just to keep prices lower during this worldwide crisis.  Eventually things are going to clear up in Libya, hopefully this isn't going to go on forever.  We've finally begun to build our economy back up, we don't need it to come crashing down even further.

Yahoo News has more from Reuters: 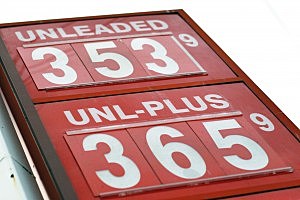